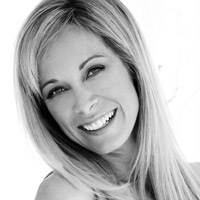 Vanessa has been an entertainer from a very early age, appearing in her first theatre production at the age of 4. The budding actress appeared on stage throughout her childhood and as a teenager, dancing and acting.

In 2000, she was a Miss South Africa finalist where she was spotted by one of the most sought after modeling agencies in South Africa. Her modeling career took her to various exotic destinations all over the world and she lived between London, Hamburg and Cape Town. She has appeared on countless magazine covers such as Elle, Shape, Woman & Home, Bicycling, and Living & Loving, and has been the face of a number of successful campaigns.

Vanessa’s love of entertainment lead her to study drama to further her acting career in film and television, but not before gaining diplomas in both marketing and business management. She recently completed a course in Digital Marketing through the Red & Yellow School.

Her vivacious and friendly stage presence coupled with years of stage experience, has her MC-ing and guest speaking at many functions.

Her successful television career started well before her film career did, having presented for Groen (Kyknet), Top Billing (SABC 3), AgriTV (SABC 1), Superdance (ETV) and Wildlife Video Cast (Asia). She also hosted her own entertainment slot on 2 Oceans Vibe Radio, and is an avid free-lance writer and voice artist.

Her biggest career success came in 2009 when she was cast as the leading lady for District 9 directed by Neill Blomkamp and produced by Peter Jackson (Lord of the Rings) which sat at number 1 at the Box Office for 3 weeks, taking in more than $200 000 million. It was nominated for 4 Oscars. She also had small roles in The Sweet Shop, Blood Diamond and Hey Boy.

Vanessa competed in MNET’s “Survivor Maldives – Celebs vs Plebs” in 2011, which she describes as a phenomenal life changing experience. It’s this adventurous spirit, which forms the foundation of her great love for sport. She is a keen trail runner, cyclist and plays the odd game of golf too. She is also a water sports enthusiast who enjoys scuba diving and water skiing.

Being married to one of South Africa’s most successful sportsmen, Ryan Sandes, only fortified her love for sport even more. At the end of 2012 she started taking her cycling seriously and raced competitively for a number of years. Vanessa is a respected endurance athlete having completed two ABSA Cape Epic’s, the Leadville 100 miler (Colorado, USA), the Otter Trail Run and many other races.

Although still active within the entertainment industry, MC-ing, recording voice-overs, and filming corporate videos and TV commercials, Vanessa is a keen businesswoman and “influencer” involved in marketing and digital media management.

Vanessa says that the greatest accomplishment of her life yet, is becoming a mother - she recently became a mum to Max, and her little boy keeps her on her toes!

She enjoys inspiring men, woman and children to live positive, healthier, and more active lifestyles. Her love for the outdoors and people creates the foundation of the environmental and social messages she shares with her followers. She considers the charity work she’s involved with as a very important part of her life and works with organisations such as such The Pink Drive, Lettie Love Fund, the Laureus Foundation, SPCA and DARG (Domestic Animal Rescue Group). 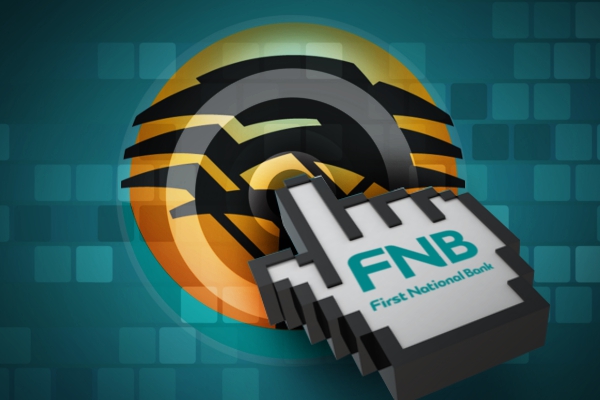 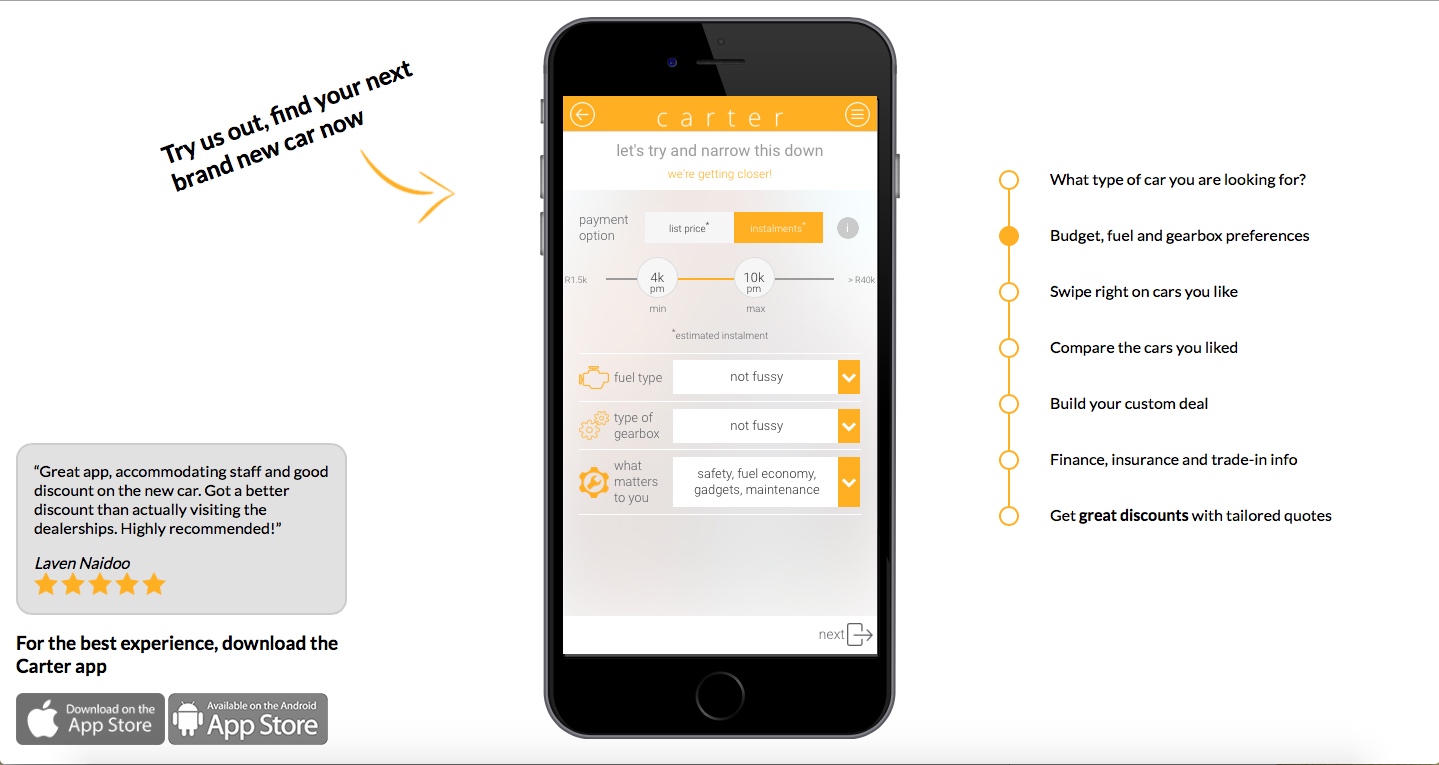 Carter is the new “Tinder” for buying a car!

After driving my trusty Toyota around for years and years, it was time to buy a new car a few months ago. I distinctly remember being incredibly overwhelmed by the choices out there! Buying a car is a complicated process, involves parting with a significant sum of your hard-earned money and lets face it, your life depends on the safety of whichever car you choose! I honestly had NO idea where to begin and scoured the internet for hours but there really was no one go-to site or app where I could make quick comparisons based on a number of factors! 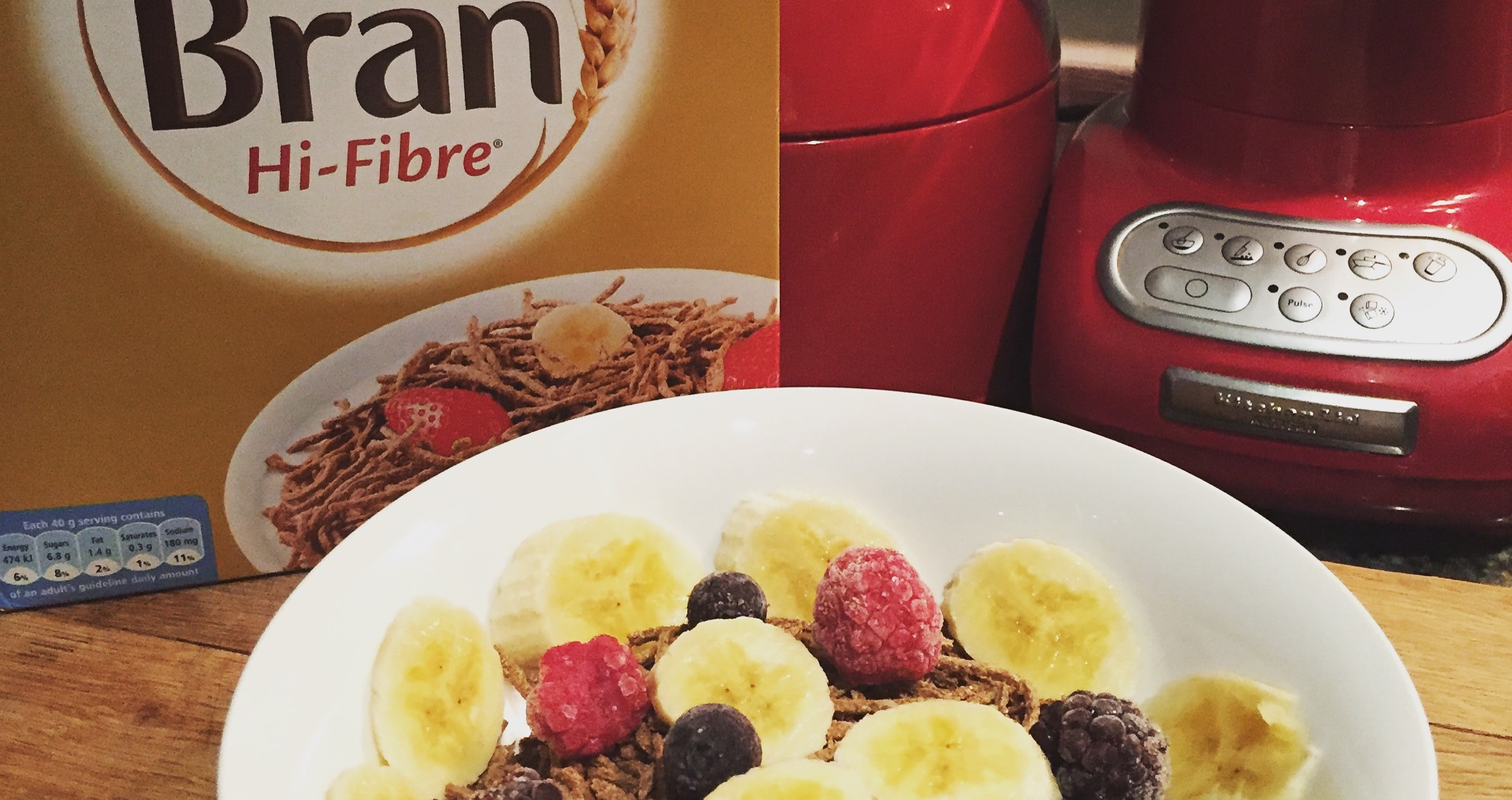 How do you start your great day?

I have to admit that with being about 98 weeks pregnant, my days start off rather S-L-O-W-L-Y now, with me resembling something close to the Oros man wobbling around and I don’t have much motivation right now other than getting this little human out of me! :-)

Most mornings start off with a cup of coffee or herbal tea in bed, which ever tickles my fancy that day, followed by a healthy breakfast and then maybe some yoga at home or a short trail run or I jump straight to work - emails, writing, meetings or a photo shoot. No two days are the same which keeps things rather interesting! 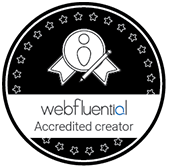 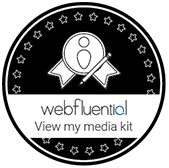